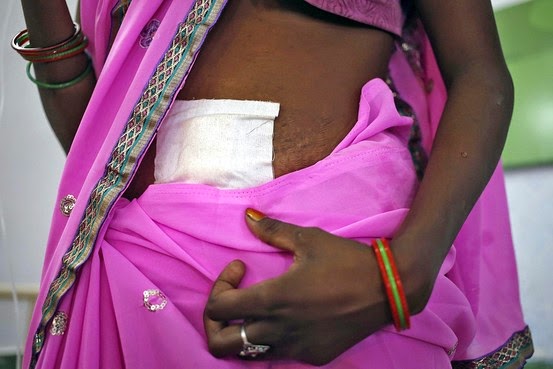 The Jan Swasthya Abhiyan, Sama Resource Group for Women and Health, Commonhealth and National Alliance for Maternal Health and Human Rights (NAMHHR) are shocked at the death of 11 women and the critical condition of 50 other women due to the callous negligence of the Health Department, Government of Chhattisgarh. The deaths and morbidities are a result of a botched-up sterilization operation camp organized by a private hospital under the National Family Planning Programme in Takhatpur Block of Bilaspur District on 8 November 2014. Horrifically, during this camp, 83 women were subject to surgeries in a short span of 5 to 6 hours. Amongst those who have died are Dalits, tribals and Other Backward Classes, leaving behind shattered families and young children. This has resulted in gross violation of the reproductive and health rights of the women.
This tragedy raises grave questions about the unsafe, unhygienic conditions and the slipshod attitude under which these operations were conducted. Moreover, the women who are presently critical continue to get treatment in dismal conditions exposing them to further risks and danger.
The surgeries were conducted in complete violation of the Supreme Court orders (Ramakant Rai Vs Govt. of India, 2005 and Devika Biswas Vs Govt. of India, 2012). These orders instruct that a maximum of 30 operations can be conducted in a day with 2 separate laparoscopes only in government facilities. Also, one doctor cannot do more than 10 sterilizations in one day.  Despite this, the surgeon in Chhattisgarh performed about three times the permissible number of surgeries (83) in less than 6 hours in a private hospital which has reportedly remained closed for 15 years. This is evidence of how these operations were not done under standard protocols.

The announcement of Rs 4 lakh compensation and suspension of officials (Director–Health Services; State Family Planning Nodal Officer; BMO,Takhatpur; the operating Surgeon; and Bilaspur CMHO) are not adequate to ensure that such incidents do not happen again. The systemic failures which led to this incident need to be addressed.
While understanding the specific lapses in the way the sterilization camp in Chhattisgarh was organized, one should not forget the role played by the wrong policies and practices of the governments in the area of family planning services. Such ‘Camps’ keep getting routinely organized everywhere in the country in an irresponsible manner.  Health providers in many parts of India, universally confess that they are under pressure to fulfil unwritten targets coming from the top.  The state still focuses on permanent methods of family planning rather than temporary methods. In addition to this the two-child norm significantly contributes to the pressures for sterilization. All this despite the Government of India’s promises of ‘Repositioning Family Planning’ – to move away from permanent methods to spacing methods, to increasing access to safe and effective contraceptives.
At the London Summit on Family Planning (2012), the Government of India committed to additionally providing 48 million women and girls with access to contraceptives by 2020. However, around 1 in 5 women of reproductive age do not have access to contraception such as condoms and OC pills. India’s promises at the Family Planning 2012 Global Summit will reinforce the pressures of meeting ‘targets’, which has dangerous and long-term implications for the health of the people.

This incident must be declared a disaster/emergency, and we demand that: 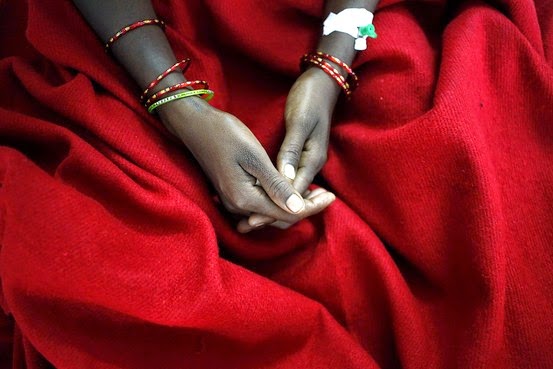